Basically, they don’t tell you much about the role before they’ve invited you in to meet them. So we met, and we chatted, and they have this role available that could be suitable for me but it’s based in Cheltenham, which is possibly unrealistically far for me to travel every day. So we discussed that role, and they mentioned that they need a candidate who is proficient in Photoshop, which I am not. So that one might be a no-go. They did, however, offer an alternative. I was shipped between recruitment exec’s, and the the second one told me that she recruits for a company in Cirencester (much closer to home), and she thought she had a role that would work well for me.

Wrong, I was. Kinda.

As she was explaining the role and the company it all seemed a bit familiar, and when she eventually said the companies name it was clear why. I’d already applied for that job through a different agency. And therein lies a problem, because once one agency has represented you to a company they basically own ‘that relationship’ between you and that company for 6 months. And the problem is that the previous agency who were representing me for this certain role hadn’t gotten back to me in a while. But there’s nothing this new agency can do, their hands are tied. Even though they seem more eager and willing to help me liaise with the company, they can’t because my fate lies in the hands of a different agency.

When I returned from my trip to Cheltenham I called my guy and asked him if there were any updates. He didn’t have any then, but he later got back to me saying that the role had been filled. So I don’t know what to think.

Recruitment is a tricky business. Idealistically I could go to the companies myself and apply directly to them, cutting out the middle man, but companies like to go through agencies, and if they don’t, then how am I supposed to find the vacancy?

It’s tricky. And then when you get involved with an agency, apparently, they own your rights. If I now applied directly to the company in Ciren and was offered the job without help of the agency, the agency could sue the company for snaking around them.

I don’t know what my next step is. Keep walking, I guess.

On my way back from Cheltenham I checked in to see how my Grandad is doing, and this isn’t really relevant to the story of this blog but I thought this picture was cute and I wanted to share it. He’s (left) off on holiday soon with his best friend (right). 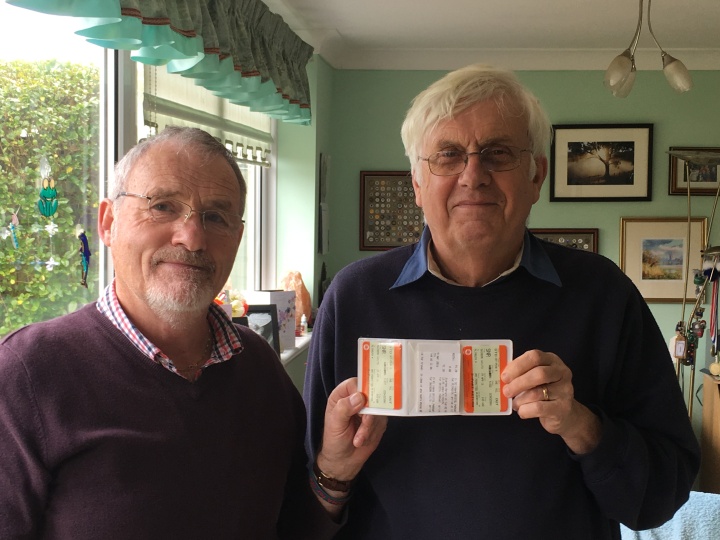