Today I went for a run with my sister and her boyfriend, and I found this weird competitive edge second wind type thing that kept me going when usually I would have stopped. I’ve found that before, and I don’t think that it’s a new phenomena, but when I’m running with someone I find it easier.

Yesterday I ran 3 miles and struggled, all the way through. Today I barely broke a sweat. It wasn’t an intense run, but I felt like I could go on forever. And I think that’s because I was running with people. Like I had to show off, or impress, or something.

At one point I had a sudden desire to climb a tree. I pulled myself up to the lower ring of branches, and scratched my torso to pieces in doing so. I climbed as high as I could, and climbing is easy, it’s getting down that’s hard. I was a child in a forest, and it was great. 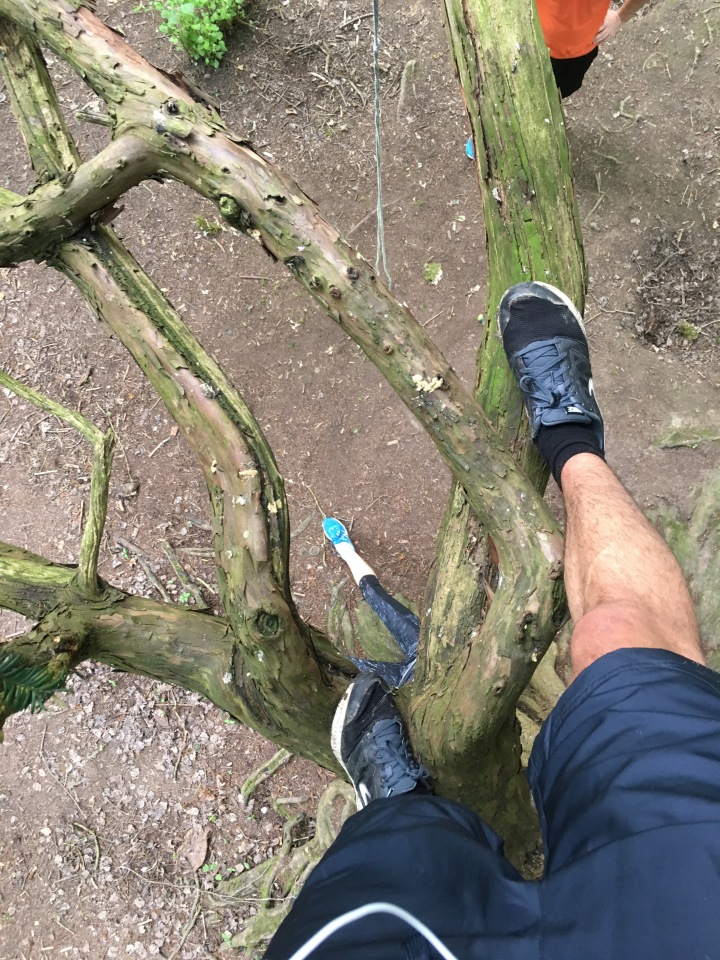 I eventually climbed down and continued the run. Maybe it’s because we kept stopping for things, I.e tree climbing, but by the end I was barely panting. And to be fair, we did walk the last mile.

That concludes the first week of my 24-week marathon training program. I’ve been considering doing a “Sunday Runday” segment on this blog where I talk about my weeks running progress as I begin to step up my training. Hopefully it would help keep me motivated as well. I don’t know if that would be interesting, and it would be a bit of a change from my usual scheduled random stream of consciousness.

As my runs get longer it means I can explore more of the forest around which I can run, and it’s all pretty picturesque so I’ll get some decent photos and stuff to share, and I can document my progress.

Until tomorrow, I dunno. We’ll see.

One thought on “Branch”