Today I enjoyed my last day off before going back to work – I’ve been on Christmas break since December 23rd. I was really looking forward to this break, because I was excited to just sit around and do nothing all day for two weeks, but as it transpired, Christmas is a particularly busy time of year.

I figured out that today is the first day that we haven’t seen either mine or Alice’s parents since the day before Christmas Eve. For twelve straight days we’ve done something, even if it was just breakfast, or lunch, or dinner. There has been very little of my previously desired ‘doing nothing’

Yesterday was the only day that we spent lazing around the house, because we were nursing New Year’s hangovers. Yesterday was such a long and unproductive day that we were bored by about 4pm. It turns out that sitting around doing nothing isn’t as fun as I’d thought.

So we made a decision to make the most of our last holiday day, and spent today in Bath. Intermixed between (literally) four trips to the Apple store trying to get my phone fixed was a bit of January sales shopping. 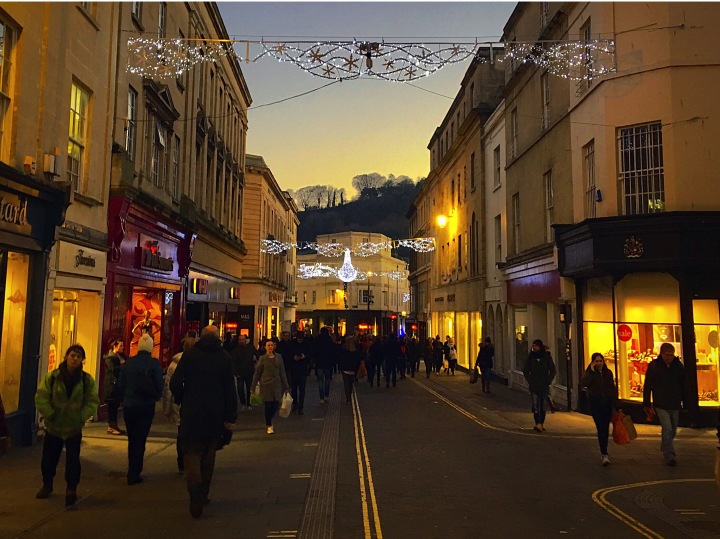 It was another busy day to cap off a pretty busy fortnight. I mean, we’ve not done loads, but we’ve done something basically every day, and there’s been a lot of family stuff, which is always nice.

I enjoy a nice lazy day, but I always feel awful for it. We both get cabin fever and just have to get out before we go mad. Our only fresh air yesterday was between the house and the car before and after we went to go get a curry.

I’d been moaning about wanting a ‘nothing’ day since before Christmas, and when I finally got it it was pretty underwhelming.

I don’t know what I’m trying to say with this post… except that I’m tired, and I’m back to work tomorrow.