Today is nine years to the day since I first asked Alice to be my girlfriend – I think. I can remember where it was, what I said, and what Alice was wearing, I’m just not 100% sure on the date. I know it was July, and I know that it was after we’d broken up from school at the end of year nine, which means it can basically only be between the 23rd and the 31st of July 2008. And the 27th was a Sunday, so I’m going for that.

This is the first photo of us in existence. It’s from the last day of year nine (I think) so probably just a few days before I asked her to be my girlfriend. 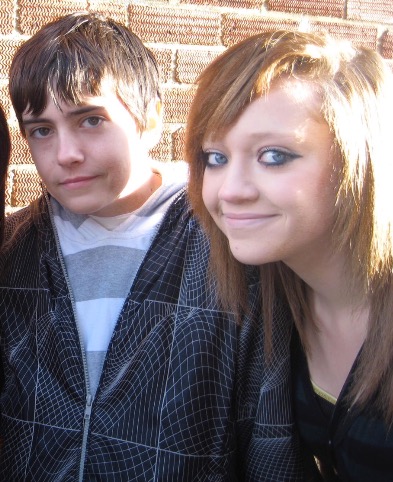 It’s not a great photo, I’m not going to lie.

Seeing that photo again made me want to see how we’ve changed over the years. So I collected a load of photos we’ve taken together in the past nine years.

These are the early years. Like, 2008-2010. Most of them were taken before we finished secondary school, but a few might have been from college. 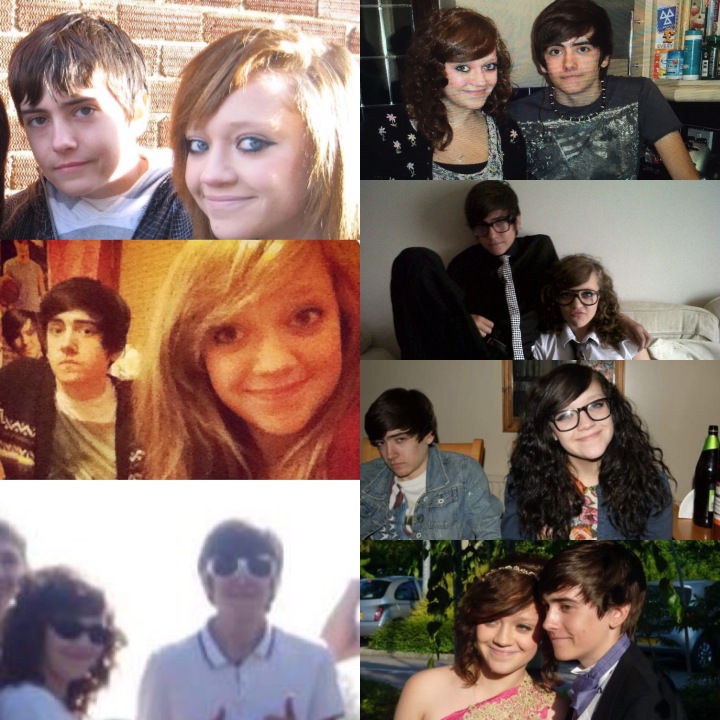 These are a bit later on. The college years. 2010-2012, although looking at it, that top right one was taken about six months ago so I think I messed up my collage a bit. Shit. Ignore that one. 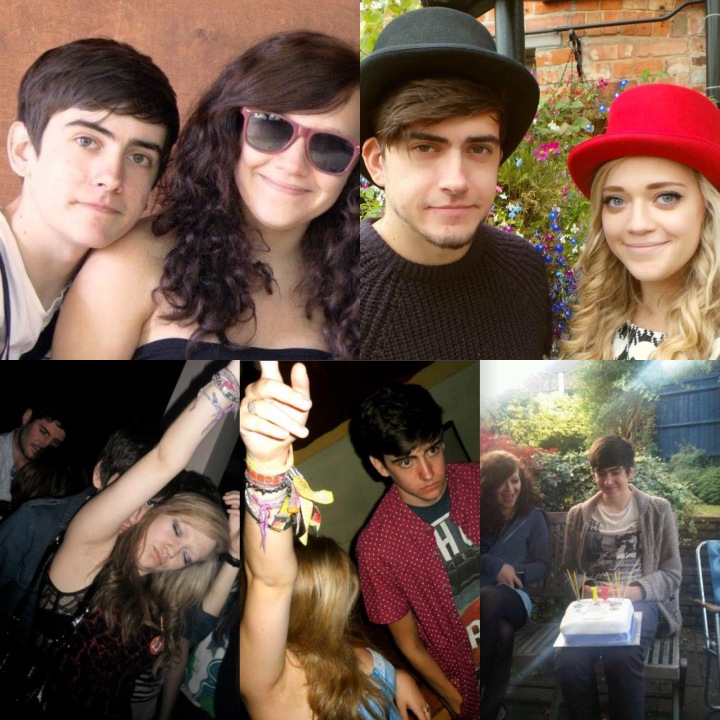 These ones are from 2014 and 15, majoritively from the time we spent travelling the world together (or at least a not-insignificant part of western Europe) 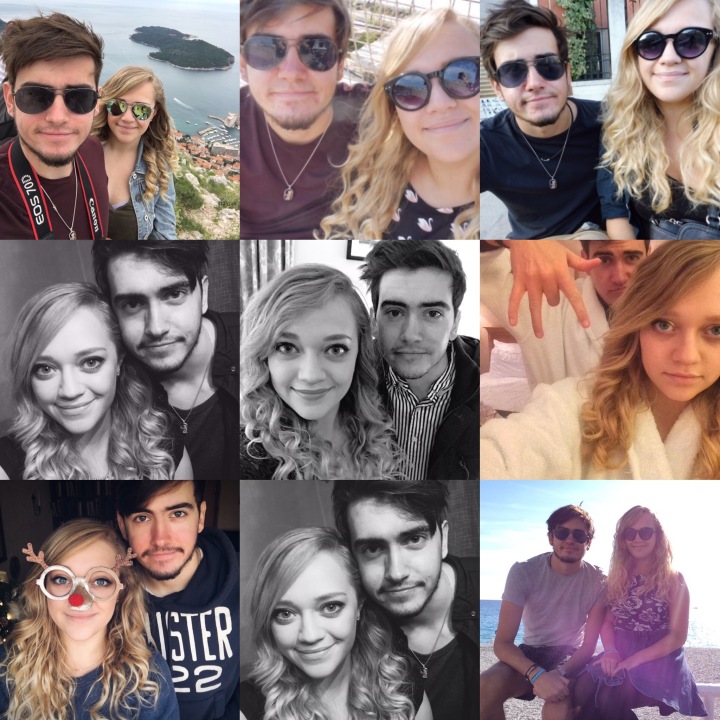 These are mainly 2016/17. We both have much better hair nowadays. 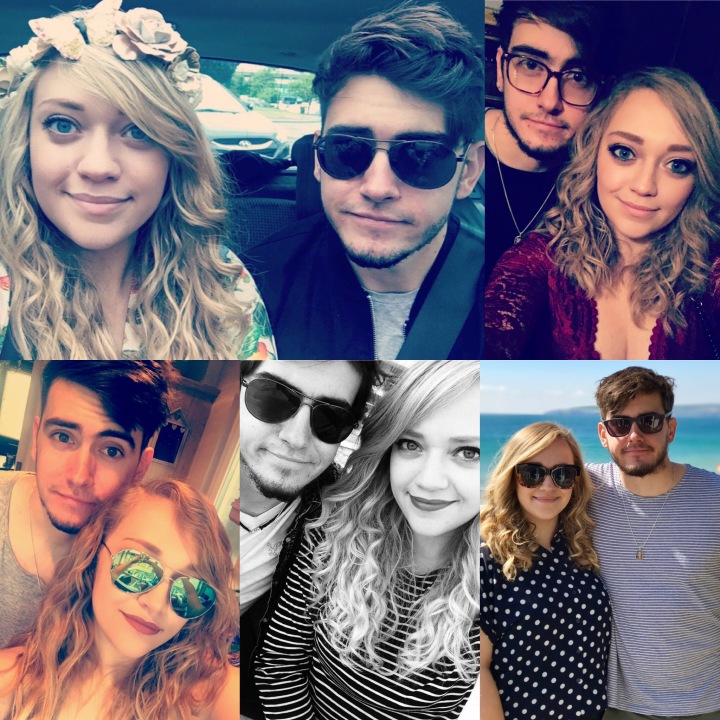 This one stands out particularly. In 2016 we moved in together. In hindsight, I regret wearing tracksuit bottoms for this pretty momentous picture, but there was a lit of heavy lifting and stuff… 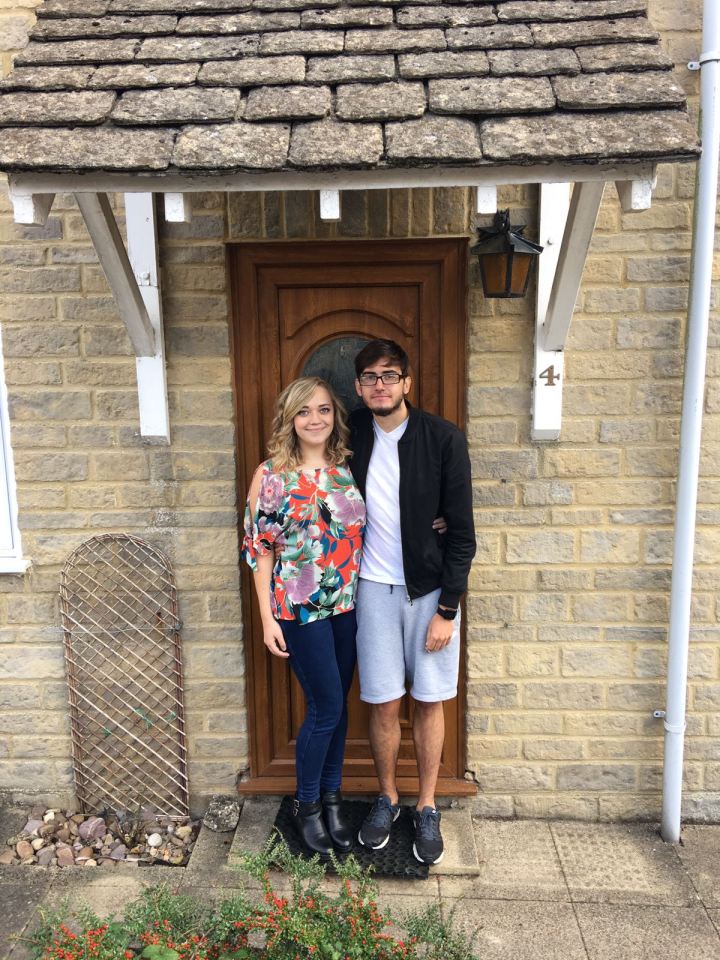 You may notice that the only year missing from those photos is 2013, but we were broken up for all but 7 days of 2013 so we don’t really talk about that. Shhhhh.

It’s crazy to think about how far we’ve come. Nine years. That’s nine twenty-thirds of my life. Which is like, almost half. We’re four years away from half. That sounds really far away, but in the same breath, not very far away at all.