I had my first day’s experience of flip flops today. They’re hard work. I managed alright until I had to tackle a staircase. That was hard. But it was nothing compared to the sea.

We went for a swim in the sea, here in Rhodes, and tried to play catch with a ball that we were definitely overcharged for. It was a pebbly beach, and choppy waters made it hard to stand up in the sea barefoot. So I tried putting flip flops on. That was even harder.

The motion of the waves pushes them under your feet and you end up tripping over them.

So flip flops in the sea were a no-go. And then, we walked around town for ages trying to find a fake Arsenal football tshirt. The ‘fake’ was important because I don’t want to spend £55 on a real one.

No luck, though. I wanted the tshirt so I could be a proper supporter of my team when we watched the Arsenal match in a sports bar this evening. In hindsight, we shouldn’t’ve bothered. It was a shit game.

​Cocktails were cool though. 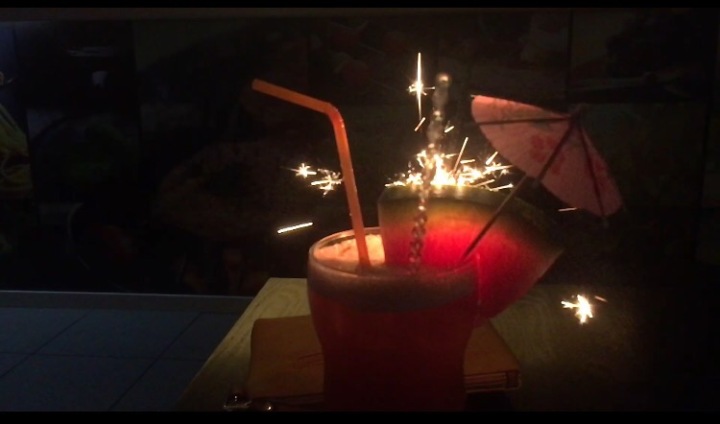 Today was just a bit of a day for exploring. We familiarised ourselves with the island. Had an all-inclusive breakfast, lunch and dinner, swam in the sea and the pool, and scouted out a potential boat trip for later on in the week.

Until tomorrow, also, there were lots of pina coladas.