It’s a ridiculously hard course. It’s unlike anything I’ve ever played before. It makes me question everything I’ve ever learnt about golf, and it’s frustrating as hell. But it is so, so beautiful. We’re at the Amendoeira resort in Alcántarilha. It is an absolutely gorgeous course, in a fabulous location, and the resort is fantastic.

As I was hacking my way up one of the fairways, I just turned and looked around me at the ridiculous beauty and I couldn’t even be angry that I’d just shanked a six iron into the bunker.

It’s partly the wind that makes the course so difficult. Like I said, it makes me question everything I know about golf. If you’re 120 yards from the pin you could either use a five iron or a pitching wedge, depending on which direction you’re facing.

Because it’s so dry, the greens are really hard and so the balls just skid on them like ice. So it’s difficult to get anything to stop, and putting is even more problematic than it usually is for me.

Plus, I was running on three hours sleep, at the end of a twelve hour day, with the only food I’d eaten since 4am being a Kit Kat and a tub of Pringles. 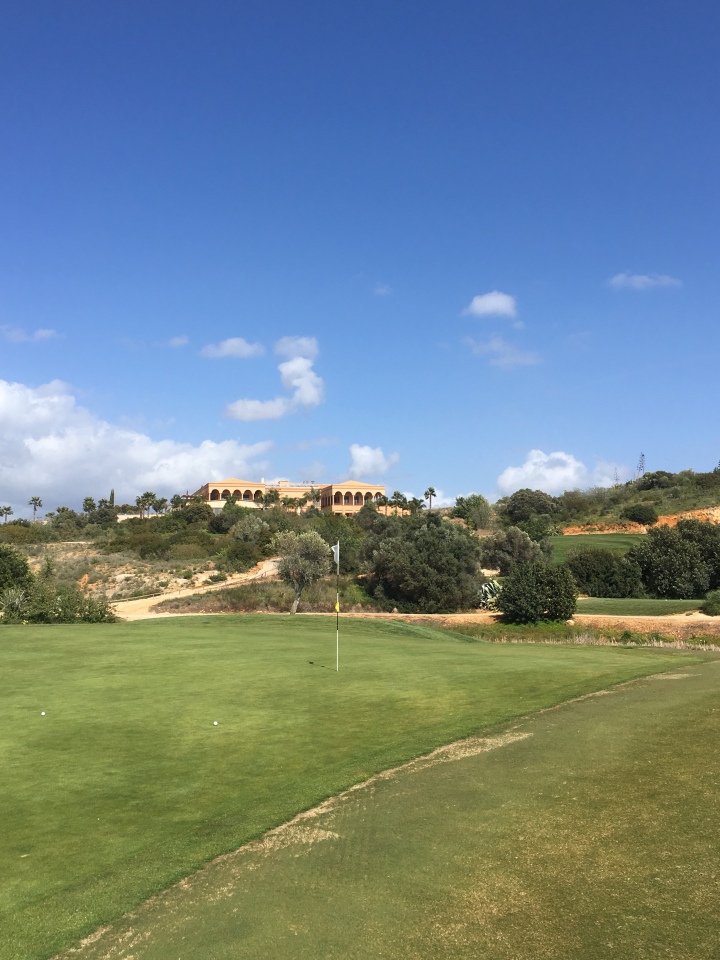 But, it’s bloody gorgeous here so I don’t mind so much. Sure, it would be nice to be playing better — that’ll come later in the week — but this is a championship course, and we are not championship players.

Until tomorrow, the whole place is just absolutely spectacular.