Today I’m on the way back from the airport. It was the last day of our golfing holiday today, and we tried to cram in as much golf as we could.

Unfortunately, we couldn’t cram in as much golf as we wanted to. Weirdly, after five rounds in four days, we finished the eighteenth with an urge to play even more golf so hoped to sneak in a quick round on the nine hole floodlit course before we left. It was, however, closed for maintenance. Damn.

Five rounds would have to do. Part of me is tempted to play again tomorrow when I’m home, though. Although playing at my hometown course is going to be nothing like what I’ve experienced over the last few days.

No golf I play will compare to the golf I’ve played over the last few days. On the final day I was actually at the point where I was feeling confident that I could shoot a decent score on the course, even though it’s the hardest course I’m likely ever to play. I guess five full days of practicing paid off.

I’m now worried that I’ll get home and all of that hard work will wear off as soon as I get on an average course again. Plus, we won’t have buggies back in England, so I’m going to have to start walking around golf courses again.

Honestly, I thought the novelty of non-stop golf would wear off towards the end of the trip, but it didn’t. I could carry on for another week. I’d maybe drop it down to only one round per day, though. There was also a pool that we didn’t really get to make the most of.

Although, on the last few holes the weather did become overcast, to the point that it actually rained on the drive to the airport. 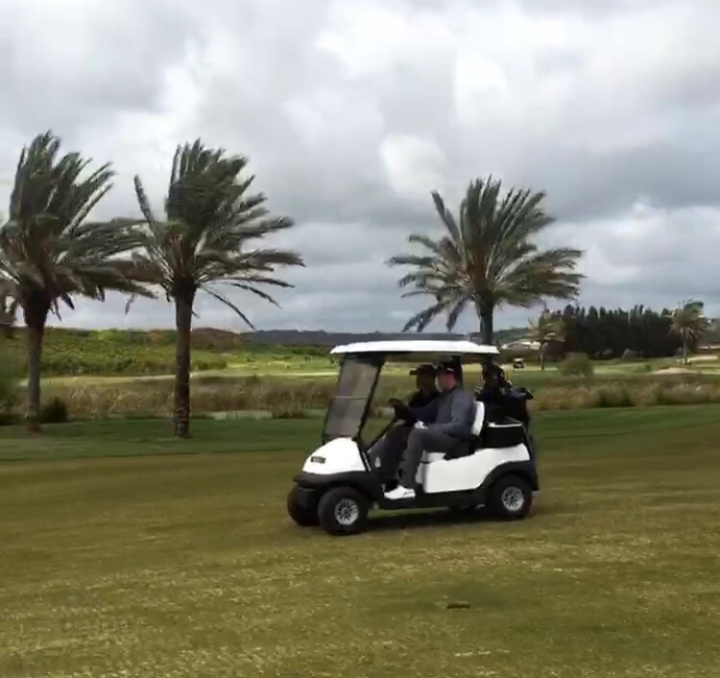 Until tomorrow, still, golf in Portuguese rain is still better than golf in British rain.