Today I got detained by German police. We’ve been in Berlin for a couple of days on business, and that’s all gone great. We even managed to sneak in some sightseeing, which was great as well. 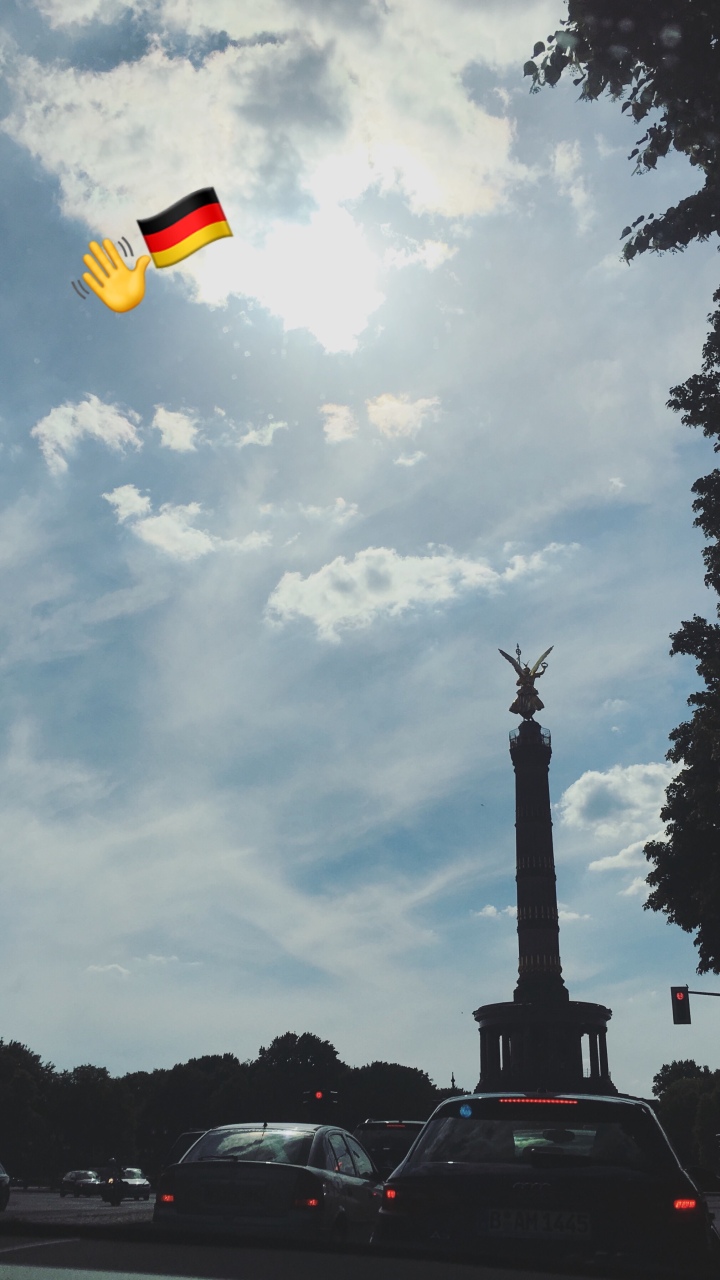 But what’s not been great is the conspiracy against me since my journey home began.

It started at Berlin airport, as you might expect, at security.

I put my bag through the bag scanner and my person through the person scanner. No beeps went off, but the agent asked me to follow him. I assumed it was just a random selection process. No big deal. Just part of the measures that they take.

He took me into The Little Room and took a swab of my carry-on bag. He seemed almost surprised when he said it had “failed the explosives test.”

I was a little surprised too, to be honest. He tried again–I assume to ensure that it was just not a glitch of the machine–but it once again told him that my bag had failed the explosives test.

He called the police.

It was weird. Even though, to my knowledge, I hadn’t accidentally packed any C4 in my laptop bag, in the ten minutes I was waiting for the police to arrive I began to wonder “Well what if I did…”

Just being momentarily detained made me feel as if I had done something wrong. The Security Agent didn’t respond to either of my classically British ice-breaking comments about A) The Weather and B) Whether he’d had a busy day. I usually reserve that last flippantly interested comment for taxi drivers, but desperate times call for desperate measures.

I was carrying two laptops, which I guess concerned them a little bit, and he asked me to turn both of them on and “demonstrate their functionality” which, I assumed, was code for “please prove that this is an actual computer and not a decoy to be used for something else.”

So I did what the man said. He seemed satisfied as my pirate ship lock screen loaded up on my work laptop, and he was similarly pleased to see my mouse cursor glide across the mountain range on my MacBook. So was I, to be honest.

He then started swabbing me. Under my belt. On my hip. The hem of my shorts.

It turned out it was my shorts he had a problem with. My shorts failed the explosives test too. He swabbed my shorts again. Another failure. He and the police officers exchanged a bemused look.

“Are you shorts flammable?” the man with the gun asked me.

“Of course they are flammable, they’re made of cotton, not titanium,” I said very much inside my own head because, as previously mentioned, the man had a gun.

What I said out loud was a much less eloquent, but much safer “uurrrhhhhh….”

And then the security agent started putting on a fresh pair of latex gloves, and I swear to God my life flashed before my eyes. I think he even over exaggerated snapping the wrist of the glove into place, like you see over-enthusiastic surgeons do on medical TV shows.

I was not feeling particularly enthusiastic about his fresh pair of latex gloves.

And I swallowed. And I clenched.

I got out of there quickly. I was not going to give him, or his latex gloves, a chance to have a change of heart.

I’m not too fussed about the whole ordeal, because I appreciate that the Security Agent was just doing what he’s supposed to do. He followed protocol by calling the police, and they followed protocol by standing there looking menacing holding automatic weapons. And I did what I was supposed to do and stood there nodding and urrrhhhhing until they were satisfied I could leave.

I’m still not entirely sure why they thought my shorts were explosive. I don’t think they’re quite sure either. But I was happy they gave me leniency before things got too… personal.

I got on the plane, slept all the way through the flight, and woke up in Britain.

Until tomorrow, it’s good to be back.

One thought on “Explosive”