Today my foresight was rewarded. I got an at first seemingly cryptic text from my Grandad saying “could I pls icon’s have gone x”

Although that text may seem like complete jibberish, I was able to make sense of it. My Grandad is not a proficient texter — that much is probably already obvious, so I frequently get similarly illegible texts from him and, as a result, I’ve become quite advanced in translating them.

So, I could tell that although “Could I” made no sense in the context, there were enough letters in a close enough order for me to decipher that what he actually meant to say there was “come over”. Predicted text was doing its best, bless it.

‘Pls’ is obviously ‘please’. Grandad aims to use as few characters as possible, so he resorts to text speak like he’s a pre=teen girl with an iPhone in a Netflix original movie. (Netflix, I’m a big fan of your work, but you should please know that no young people use textspeak anymore. If anything, we elongate words by adding vowels, not removing them)

Usually when Grandad needs my help it is with something technological. It didn’t take me long to realise that ‘icon’s’ (sic) meant the icons on his computer desktop. For a technophobe, he uses his computer quite a lot, so I’d set him up with a load of shortcuts on his desktop to make things easier for him to find. I’d made shortcut links to necessary websites, and renamed the links things like “GMAIL – CLICK HERE FOR EMAILS” so that he’d know to click there for emails. But, it seemed that they now ‘have gone’

‘x’ is a kiss. Like he’s a pre-teen girl in a Netf—actually, that’s quite cute. We’ll let him have that one.

So, his icons had gone, and I needed to go over to find them. Unfortunately, when I got there I discovered that the situation was slightly worse than that. It wasn’t just his icons that had gone.

He’d somehow managed to restore his computer to factory settings, wiping the entire hard drive as he did so. He’d lost all of his photos, he just hadn’t realised it yet. His icons were gone but so were all of his holiday photos from the past thirty years, and he doesn’t have them backed up anywhere.

I imagine that it’s now obvious to you how I foresaw this event happening at some stage. I knew that he’d either somehow delete everything, or break his computer with a hammer in a fit of rage. Either way, I was prepared.

Every couple of months I take my external hard drive to his house and back up all of his photos. He likes taking pictures, and he’s continually adding to the extensive library of holiday photos stored there—and only there—so I took it upon myself to start making copies, in case of emergencies like the one we found ourself in.

So, before he got too upset I was able to tell him that I had all of his photos, safe and intact, on my external hard drive. 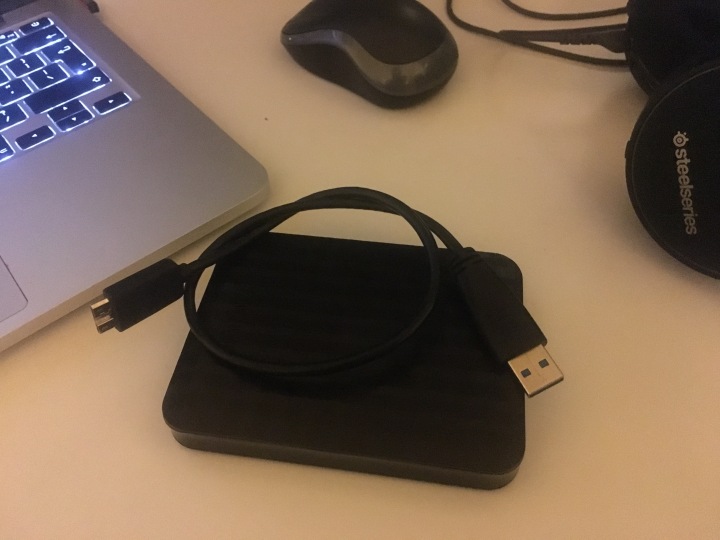 “What’s an external hard drive?” he asked, predictably, and then he began to get annoyed because Google Chrome wasn’t autofilling his contact details from the cache anymore, although that’s not quite how he phrased it.

“Why doesn’t it suggest my name when I click in the box any more?” he asked.

“Because you deleted everything on the entire computer,” I said, patiently.

“But this isn’t on the computer, it’s on the internet,” he said, with less patience than me.

“Yes, but that information is still stored on your computer,” I tried to explain. (I know that’s not always completely true, but in his case it was.) “How did you delete everything, anyway?

“It must have been when I plugged my iPad in to Joanne’s computer,” he said, demonstrating an almost impressive misunderstanding of the entire concept of the problem at hand, and it’s cause.

I left shortly after.

So, thankfully, he retained all of his cherished phots.

Until tomorrow, not that he’d realised they were even gone.