Today I spent the entire day outdoors. It started, as any decent Sunday does, on the golf course.

I played four and a half hours of golf — in addition to the three hours of golf I played yesterday. I played the exact same amount of golf on both days (18 holes), it just took longer today. That’s not always necessarily indicative of the quality of my golf on either occasion, but on this particular day, it is. Yesterday was one of the best rounds of golf I’ve ever played (in terms of the number on my scorecard). Today, normal service was resumed and I was distinctly average again. I think I was just tired. That’s what I’m telling myself, at least. 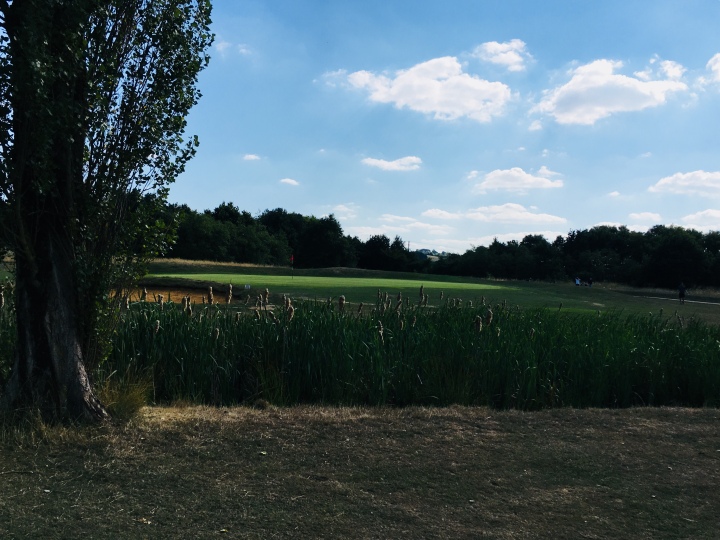 After golf, I met my sister at my house and she helped me clean and tidy the garden. Unlike playing golf, tidying the garden is not what I’d consider a fun Sunday activity, it just needs to be done because we’re moving out and the landlord is showing prospective new tenants around the place on Tuesday.

(Here is where I could have put the before and after pictures of the garden that I should have taken, but forgot to, but just imagine “garden full of weeds” on the left, and “garden with no weeds at all except for the really stubborn little fuckers” on the right)

After all of our (but predominantly my sister’s) hard work, I did what I’m good at and barbecued some meat for the both of us. It’s been a while since I’ve barbecued, and, to be honest, I’m not sure I’ll get the opportunity to do it again before I move out at, hopefully, the end of this month.

That’s going to be sad. As any person who reads these daily blog posts with somewhat, regularity would know, I love barbecues. I certainly talk about them enough. Something tells me that the next place I live in permanently, wherever that may be, will not have a barbecue.

And then, I drank vodka in the garden until 11 o’clock because we’d ran out of beer.

Until tomorrow, enjoy it while it lasts.