Today the weather in Skopelos improved to the point where we could actually leave the hotel. Going to the beach would’ve proved tricky, though, because the beach no longer exists. 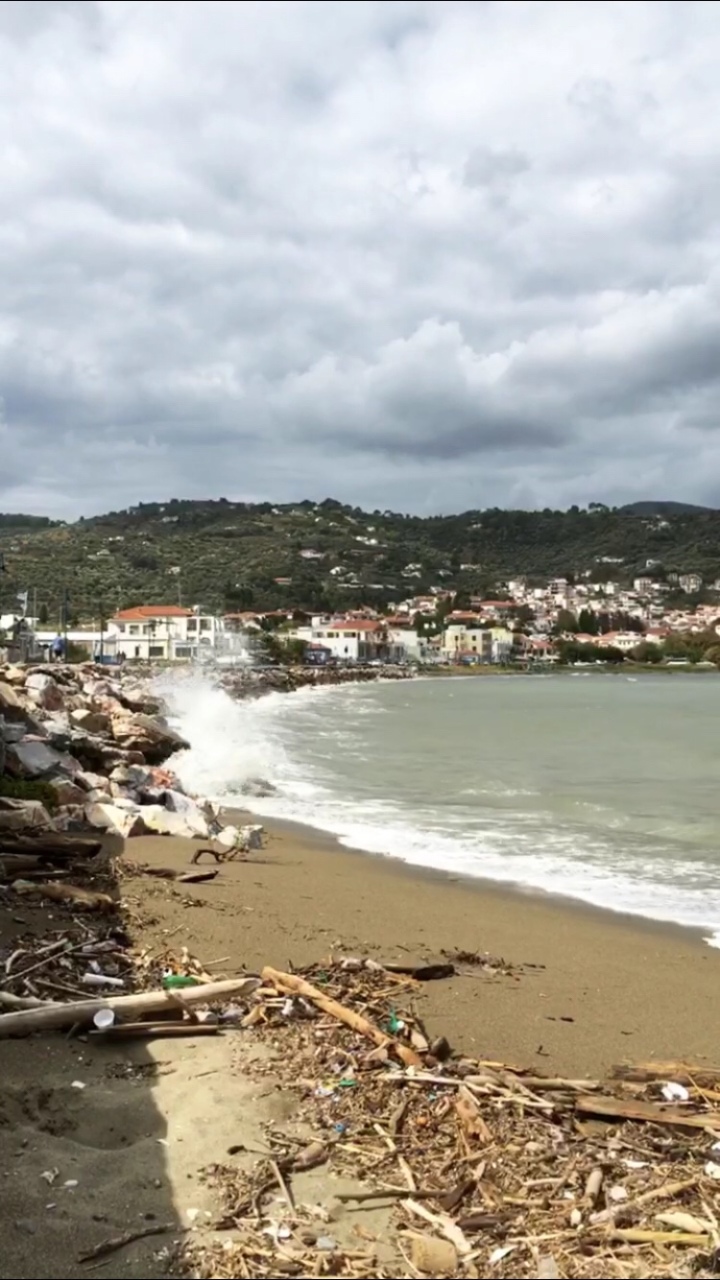 The wind has made the waves so strong that the tide has risen right up the beach, replacing it with wood, stones and, unfortunately, plastic.

(NB: that logic might not be geologically sound, but it’s what appears to have happened)

Nevertheless, we were still able to walk into town for dinner and a holiday cocktail (and by cocktail I mean Oreo milkshake).

Its actually quite fun to sit and watch the waves, while safe from behind a glass-screen and windbreaker, but the walk back to the apartment was treacherous — if not slightly hilarious to watch Alice run into the wind and dodge the waves that broke the bank.

Until tomorrow, clear the skies, please.