It’s colloquially known as “Mamma Mia Church” due to the fact that it’s where they filmed part of the first Mamma Mia movie.

Alice booked this holiday to Skopelos when we were still a couple, and the Mamma Mia connection was a big part of why she booked it. You see, the first Mamma Mia was mine and Alice’s first date, way back in 2008. So, that film, and therefore this island, have some historical resonance to us.

The “thing to do” on Skopelos is visit the Mamma Mia Church. Partly for the obvious touristic aspect, but partly because the setting is stunningly beautiful. You can get to that part of the island by bus or boat, but we wanted to rent a car and drive it ourselves. 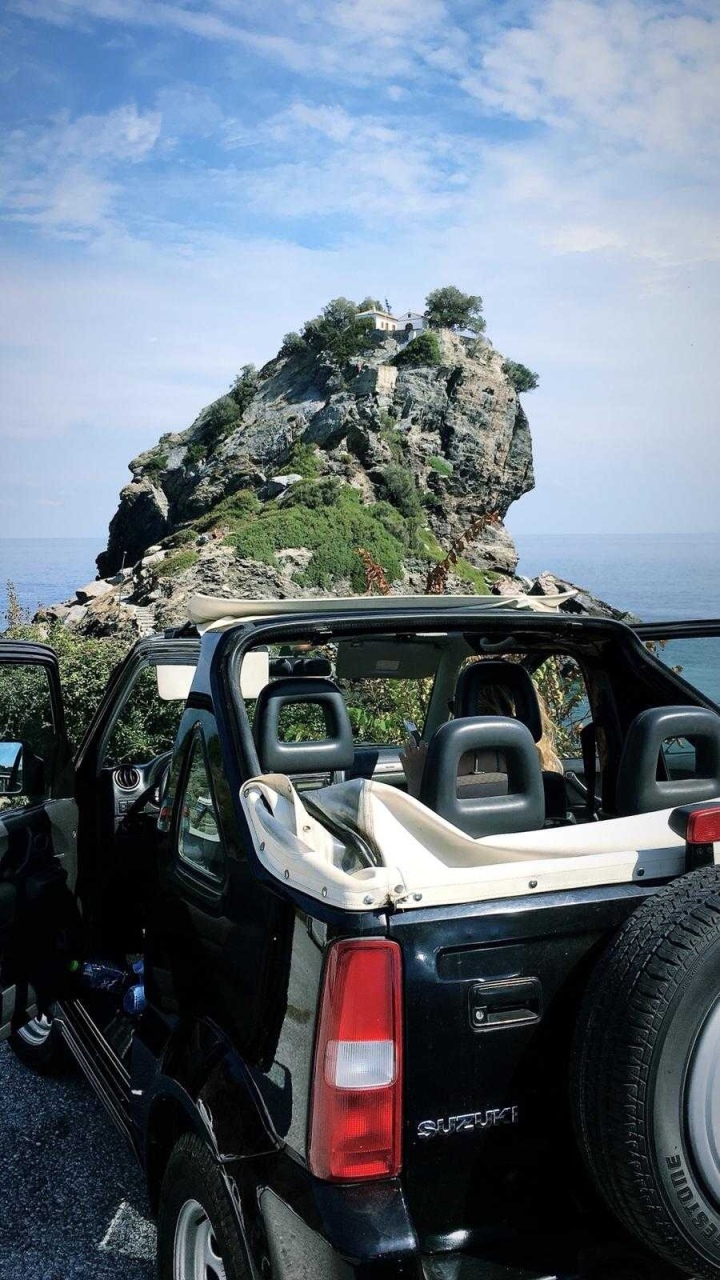 Since we got here two weeks ago the only thing we’ve really wanted to do is rent a car and see the church, and on our penultimate day, after a week of rain we were able to do that. For some reason, I had my heart set on a jeep — or, what they advertised as a jeep: a Suzuki Jimny.

I had this notion of driving the roads of Skopelos, with the roof off, the sun out, and music blaring. And would’ve accomplished that had we figured out how to work the Greek in-car Radio. So instead, the ‘blaring music’ was a tinny Spotify playlist played through my iPhone’s built-in speakers.

Getting the car going from stationery was the most difficult part, but being out and about was fine. In fact, it was fun. It was the best part of the holiday. It took us about an hour, but we arrived to the church without incident.

The climb to the church, and the church itself was beautiful. It would’ve been overwhelmingly romantic had we still been a couple. (It’s my current favourite anecdote that we broke up three days before the sequel to our first date movie came out)

Around the corner from the church of Giannis is a serene, idyllic, secluded beach where I snorkelled for an hour.

And then we drove back to Skopelos Town, stopping at every beach we found along the way for more snorkelling.

Until tomorrow, it was the perfect way to see the island.