Today something magical happened to me.

Something that I’ve only ever heard folk stories about.

The kind of thing you wouldn’t believe even if your Grandma swore to you it was true.

If you found yourself with Aladdin’s lamp, this would be up there on your list of three wishes.

And it just goes to show, if you want something hard enough and your heart is pure, wondrous things can happen.

Personally, I couldn’t believe it.

It was too good to be true.

There was no way.

I checked twice, thrice, and whatever comes after thrice.

And it was happening to me.

I even got someone else to check for me.

Just to make sure I wasn’t imagining things.

They confirmed I wasn’t.

The folklore miracle had finally happened to me.

That one in a billion chance.

Occasionally ten in a nine-box or even rarer, seven in a six-box.

The extra one happens, but I got an extra two.

I counted them, and counted again.

In that moment, I thanked a God that I don’t believe in and wondered what I’d done to be so blessed. 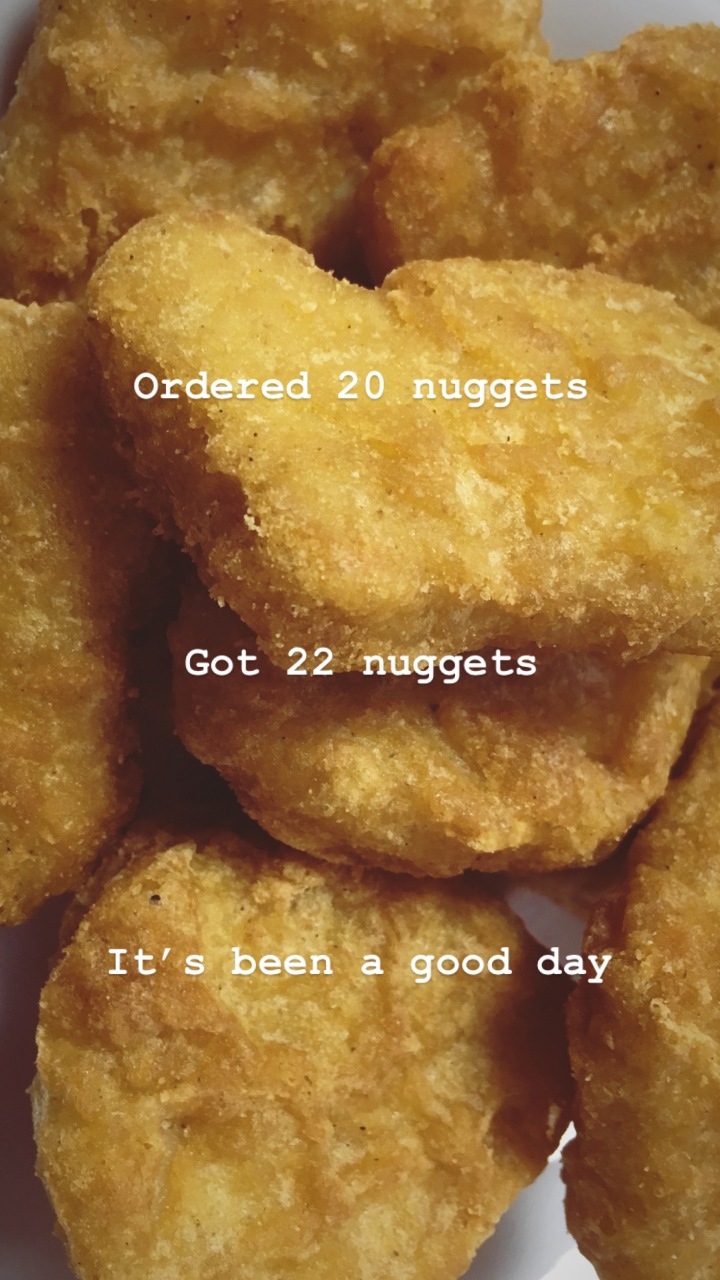 Until tomorrow, I’d ordered a box of 20 McNuggets, and I was given 22.