Today I cooked ramen for the first time. It went well. It’s a surprisingly simple, yet rewarding, fresh, and flavourful dish to cook. You basically just marinate some chicken in soy sauce and ginger, cook it in the oven, boil some noodles, make a broth with chicken stock and sriracha, and then serve the whole thing together with some freshly chopped red onions, spring onions, red chillies, and beansprouts.

It’s actually a very, very simple recipe, and it only takes as long as it takes a chicken breast to cook. You’re supposed to serve the vegetables raw, but I preferred to boil it in with the broth for literally a minute just to A) soften the veg and B) flavour the broth slightly.

Then you put your noodles in a bowl, pour on the broth/veg, slice the chicken and place it on top, put on a handful of beansprouts, and serve with a slice of lime and a coriander twig. To accompany the ramen I also made (bought) pork gyoza with a homemade dumpling dipping sauce. The sauce was probably the part of the meal that I was most proud of. It was made from ginger, chilli flakes, garlic, lime, sesame oil, and sriracha. I couldn’t tell you in what quantities to add those ingredients together, because I kind of just winged it and chucked them all in and stirred. It turned out beautifully though.

You’re supposed to just boil the gyoza, but I boiled them and then pan-fried them in chilli oil to finish them off. 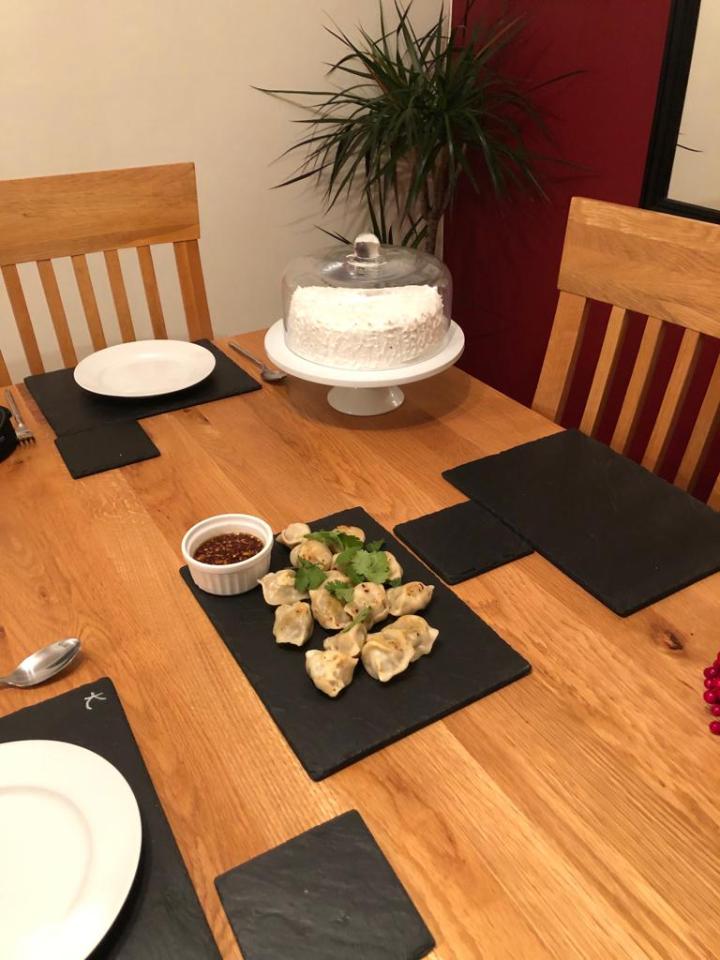 I cooked for me, Mum, and Dad, and neither of them has ever really eaten much Japanese food, and Mum has never cooked it, so it was a nice culinary surprise for them. They loved it. Mum gave her equivalent of the Paul Hollywood handshake and said “the biggest compliment I can give is that I’d be proud to serve that dish myself” And I was pretty proud too. It went well.

We all have different heat tolerances, so it was tricky to find the right spice balance, but other than that the dinner wasn’t even too difficult. It was just a bit fiddly to dish up because we don’t have proper ramen bowls. 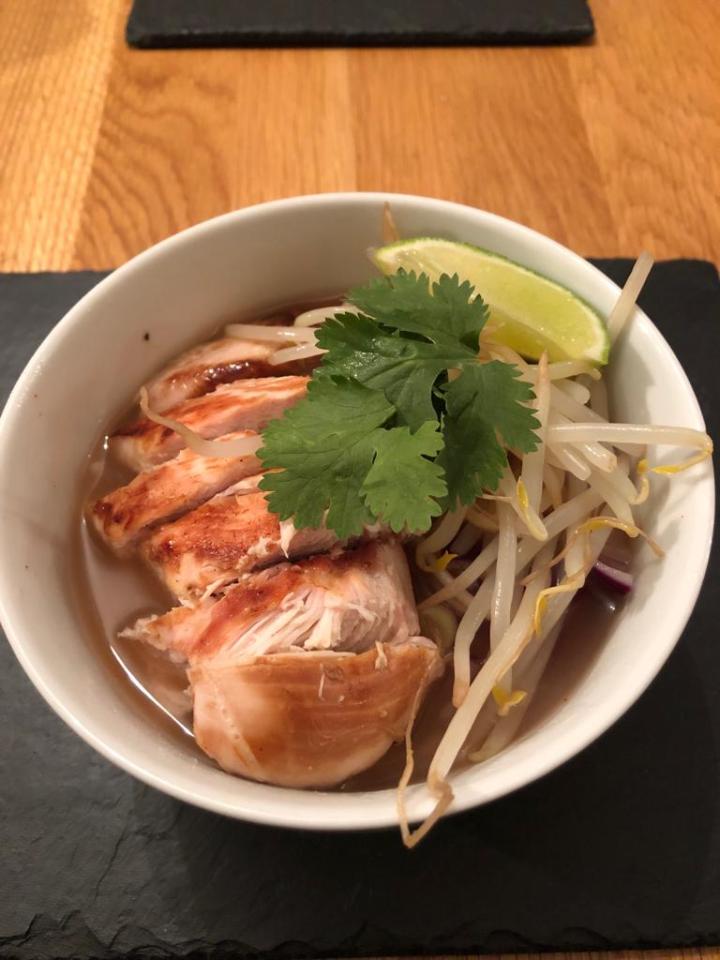 Until tomorrow, I’m going to have to buy some proper ramen bowls.